Health How my dog helped me out of anorexia

How my dog helped me out of anorexia 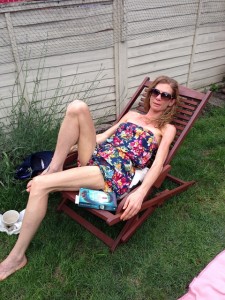 I had obsessed about diet and exercise for most of my 20s and 30s, and had equated beauty with thinness from as young as I could remember. During my 30s, three life events cumulated in me becoming depressed, and I thought the best way to get better was to concentrate on getting a job, buying a house and keeping as busy as possible so I wouldn’t notice how pointless everything was.

The boat had kind of sailed by the time I realised that everyone else was settling down. I tried to accelerate the process by embarking on several years of internet dating, but I was only ever interested in the men who weren’t the settling down type. Years of dating and attracting men who placed a great deal of importance on looks and not much else, pushed me to lose more weight.

After the last man dumped me for having “flat vowels”, and for studying science rather than humanities (i.e. the sex had got boring), I wanted to lose my curves completely so men wouldn’t notice me anymore. I had friends, but I stayed away so my misery, and inability to eat anything but salad, wouldn’t bother them. Finally, I looked to my parents for love, but they were now grandparents and only seemed to care about their grandchildren. I came up with an ingenious plan to not only get their attention, but to slim myself down to childlike proportions and compete for their affections.

The circle of life had turned and I knew I should be old enough to look after myself. I knew this and yet I felt incapable. I wanted to be a child again. I was happy as a child. My parents may have let me down, but my grandparents were a source of never-ending, unfailing love. I felt life had become all too difficult and unrewarding for the amount of effort I was putting in. I wanted someone to hand me a switch so that I could turn myself off quickly and easily. I started looking at the Dignitas website and researching the best ways to die. I became morbidly obsessed with Marilyn Monroe and got the doctor to prescribe me stronger sleeping pills. I took risks and didn’t care if I put myself in danger. It didn’t matter if I died, in fact, it would be a blessing. I tried starving myself to death.

I spent a miserable year at a dangerously low weight, during which my body shut down and my personality completely changed. My hair fell out, I spent a summer constantly refilling hot water bottles to get warm and I was banned from the gym. I was livid about not being able to do my almost daily 90 minute spin classes but, by then, exercise had virtually become impossible. I had to buy a commode because my body expelled liquid, urgently, every single hour during the night.

The hospital diagnosed me with anorexia nervosa and I attended group therapy, but it was months before I got to the top of the waiting list for individual treatment. By the time the letter arrived on my mat, I was in denial again. I knew what the letter contained, but it stayed sealed for a fortnight, by which time, my place had gone to someone else. I still had a job, but I was barely keeping it together. My doctor advised that I negotiate a flexible way to carry on working. My employer tried to accommodate me but, when they insisted I see a psychiatrist at their expense, I felt even more like a mental case and that they were looking for ways to get rid of me. 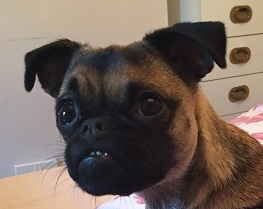 At some point, I decided that the only way out of the depression was to create my own version of a family. I’d wanted a dog for years, but I finally made it happen in a short space of time. I spent hours researching on the internet and talking to people, preparing everything as well as I could. I fell in love the moment I used FaceTime with the breeder to see my puppy. Within a week, I’d driven 6 hours to pick up Betty from a motorway service station and get her back home. From then on, my motto became “Get Better for Betty”: it was my duty to look after her and I needed strength for that.

The first few months were exhausting. I was still ill and looking after a puppy requires an incredible amount of stamina. But no matter how hard it was, the difference was that I wanted to carry on, rid myself of the anorexia and get better. As a consequence, I finally took my doctor’s advice and started a course of antidepressants. Betty was my reason for wanting to live and the pills helped reset the chemical imbalances in my brain. I remember the first walk I took with Betty, when I realised I was doing what a friend had been telling me I needed to do for years: to live in the moment and just enjoy what’s going on around you.